The Promise of Tomorrow: Bruised or Broken? Connecting Medical Devices and Electronic Health Records Written by Patrick on June 6, 2018 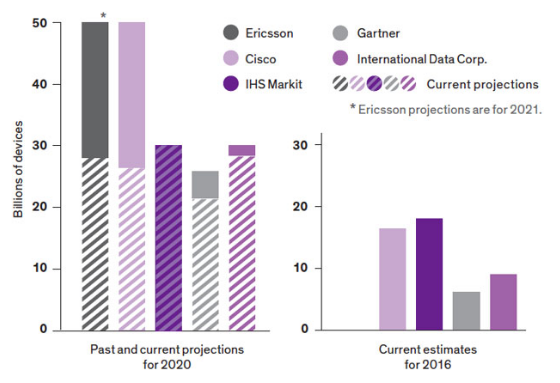 Here’s an interesting article we found from Healthcare Informatics – Still Work to Do Connecting Medical Devices to EHRs.

Years ago, in the 2014-2015 timeframe, overinflated predictions were being made about the number of “Internet of Things” devices which would be connected to the internet by the year 2020.  A number which got thrown around a lot was, “50 Billion.”  This number came from Ericsson and Cisco and has since been revised down to 30 Billion by 2020.

What that leaves each set of industries with, including medical and healthcare is an important question, “Why didn’t we see the growth that was expected and where will things go in the future?”

Within the medical and healthcare space, one interesting hypothesis to look at is the following:

If a tree falls in the forest and no one is around to hear it, does it make a sound?  If a connected healthcare or medical device is not really connected to other data if it’s just a standalone sensor yelling into the darkness, can it ever really be useful?

The promise of connected healthcare, decreased medical errors, improved diagnosis is something that we would wish could happen, but the reality of making it happen is a very different thing.  Register to attend our conference here at MedFuse.io for insights from real professionals which can help address some of these questions for the next five years.