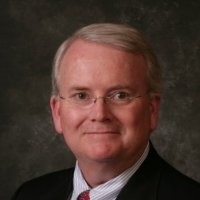 Kin Clinton is the Founder and Chief Executive Officer of Cardiac Profiles, Inc., a Nashville-based developer of noninvasive cardiovascular medical devices and related heart failure management services. After service in the United States Army Judge Advocate General’s Corps, Mr. Clinton served as Counsel and Risk Manager for a national real estate securities firm. Thereafter he served as Executive Vice President and COO of an environmental services company serving the healthcare industry. In that role, he launched and led the growth of a consulting engineering group, managed a national hazardous waste transportation company and led the startup and operations of a novel biological hazardous waste treatment facility serving the oil and gas industry nationwide. He has served as CEO of a home healthcare agency and regional healthcare staffing agency and has led companies in the development and deployment of technologies in investment banking and online learning. Two of those companies were sold on favorable terms to NYSE companies. He is the holder of patents in the field of cardiovascular hemodynamics. Mr. Clinton earned a Bachelor of Engineering from Vanderbilt University and a Juris Doctor from the University of Alabama School of Law.