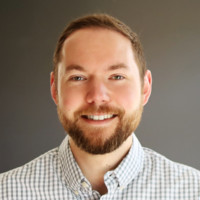 Peter Chamberlain is the founder and CEO of WalkSmart, a company focused on keep our older adults independent, healthy, and safe with simple and powerful technology. He earned a Masters of Science degree in Mechanical Engineering from the Massachusetts Institute of Technology (MIT) for his work on the automated manufacturing of micro-fluidic devices. He is a founding member of the MIT Hyperloop Team, who won the inaugural SpaceX Hyperloop Design Competition and build the world’s first functional Hyperloop Pod prototype. He was a founding member and Director of the MIT Water Innovation Prize, where he managed a diverse organizing team. Their work resulted in a series of entrepreneurship workshops and the award of $30,000 in grants. He was the lead engineer on the Otter Infant Warming System project with Design that Matters, which is now being deployed in hospitals around the world. While studying at the University of Portland during his undergraduate degree, he won the Dean’s award and interned at Biotronik, a medical device manufacturer. Peter lives with his wife in Fargo, ND and enjoys playing a variety of sports and musical instruments.

IoT for Senior Care and Independence